Steve Harvey is always telling you that you have to jump, to reach your dreams and get uncomfortable.

How I came to be at ‘The Summit of Greatness”, I jumped.

I have been a fan of the Lewis Howes podcast only since this summer when I listened to him reveal some very difficult and very personal stuff about himself. I could relate as I had suffered from a similar experience. Listening to that podcast literally changed my life.

I am such a positive upbeat person to be around. By looking at me you would never know the guilt and shame that I was hiding inside.  I never realized how much this had affected my life in so many ways.

Listening to Lewis I realized that I had been carrying around the guilt and shame of an incident since I was eight. I kept it hidden deep down in my soul. I will talk about this more in a future podcast.

I have been listening to Lewis’s podcast every week since the first time. So when I found out he was having an event in Columbus, Ohio I really wanted to go as I live close, but budget was squeaky tight.

Much to my astonishment,  Lewis Howes liked my webinar photo and the rest is history. I haven’t been on Instagram that long and I don’t really know that many people on there. So imagine my surprise when I look down at my Instagram photo and I realized that Lewis Howes who has well over 2 million followers liked my webinar photo. What? Totally random, lol. I got pretty excited and yelled woo hoo from my chair. I thought about sending him a message but that made me feel afraid, and uncomfortable. What would he think? Would he reply? Would he think I was weird? Who is this chick?  Then I wondered if this is what Steve Harvey’s always talking about when he tells us that you’ve got to jump when going after your dreams, get uncomfortable, and seize the opportunity. So I sent Lewis a message. He said how can you not come? We worked it out .Much to my astonishment, I was going to get to go..

The Day of Greatness #1 started with the most amazing intros by Lewis that I’ve ever witnessed. Each introduction started in a darkened room with a troupe of lighted drums, music, and positive words flashing across the screen with a life-size picture of each guest.  Each guest felt so incredibly honored that they gave their all, making for an unsurpassed experience for all who were lucky enough to attend.

When a weekend starts with “Don’t stop believing” by Journey, Lewis Howes, and Bulletproof Coffee you know it’s going to be epic.

I wasn’t sure what to expect as Lewis introduced the first speaker Kristina Carrillo Bucaram, author of “The Fully Raw Diet”.

She had been very sick in high school and was diagnosed with diabetes. Although she was going to be the valedictorian of her class, Kristina had missed so much school because of her diabetes; if she missed anymore she was not going to graduate. Someone told her she should eat more vegetables and fruit. That person changed her entire life. Kristina decided to give it a shot. She began eating vegetables and fruits for the next few weeks and then that turned into a month and all of the sudden she realized she hadn’t been to a the hospital in a month since she started eating raw. She continued on and completely healed herself from diabetes. This new lifestyle turned into a whole evolution for Kristina, she really turned onto healing her body naturally through raw foods.  She was only in high school but she contacted someone that distributed raw foods to see if she could get them delivered to her house. The guy said “little lady, I only deliver to grocery stores.” She negotiated with him and pretty soon he offered her a fair price for 40 cases of fruits and vegetables to come to her home. That’s a whole lot of raw food to come to anyone’s home. Kristina began wheeling and dealing with her neighbors and they all bought produce from her and this was the start of her raw foods business which is now the largest organic co-op in the US. Kristina started her business in high school.

A couple of things stood out to me and really gave me an “aha” moment. Number one, how much you can change someone’s life just making a simple statement to them. The fellow who told Kristina she needed to eat more fruits and vegetables really changed her life. The other big takeaway was that Kristina had passion behind her idea and it came from the heart. So my biggest take away from this is your message doesn’t have to be complicated to be successful, it can be really simple, such as Kristina really fell in love with raw foods and wanted to share it with everyone.

I have had this message for my business burning in my heart for a while and I kept thinking it had to be more than what it was and now I realize now how much it really is.

This statement is what kept coming to me when I would think about what my why is for my brand. “I want to help women love themselves when they look in the mirror.” I thought that it was too simple and that I had to make it more complicated. Then I realized how that in simplicity there’s beauty. The meaning for me behind love yourself when you look in the mirror is so much deeper than the surface. I want to help build women’s self-confidence and self-esteem through building their health. I believe that that is one of the best accessories a woman can wear is confidence and we all deserve to feel 100 percent great about ourselves. So really just after the first speaker I already received something pretty huge. Clarity!

After the “Summit of Greatness” speakers were finished for the day we had incredible guests every day for book signings. I drove back and forth every day and had planned on working out at lunch. The book signings were at lunch so I actually skipped my workouts. I am a workout-fanatic and I never miss a workout, but I didn’t want to miss anything. So you know it had to be good.

The first day of the Summit I had dressed to the nines in a fitted black turtleneck sweater dress, sparkly tights, and black boots. I even curled my normally straight hair. As the morning wore on I began to melt. My curly hair became poker straight again. Hot flashes had nothing on me. It was too hot, not sexy hot…… SWELTERING HOT! LOL. I knew by lunch I had to change. I put on blue-jeans and blue-cotton cold shoulder top and pulled my hair into pigtails. I was ready to finish out the afternoon listening to the dynamic lineup of speakers in comfort and then go to the book-signings. While I was standing in the book-signing line it hit me. Stacy London was taking an exorbitant amount of time with each person.  Was Stacy telling everyone “what not to wear”?  Oh crap. I’m standing in line for Stacy London and this is what I have on?

I was pretty sure that upon meeting Stacy London that she would tell me 54-year-olds are not supposed to wear pigtails and to ditch the hot pink eyeshadow, but she did none of the above. I thought she was going to tell me “What not to wear”, but instead she began to talk to me about wearing self-esteem and self-confidence and how it helps to have it.  She said “With self-esteem and confidence, “How much more would you do in life”? “With self-esteem and confidence you would to be able to do the things you want to do in life.” Stacy was so sincere, warm and just so genuine. We shared ideas exchanged books and I made her cry when I told her I had never watched her show but I have loved her on The Lewis Howes School of Greatness podcast and that she really resonated with me.  She said that I made her cry because I liked her for her, not the show. When she signed my book it said “Always just be you”

Then Stacy London looked at my book cover and said I want your abs! What? The Stacy London from “What Not to Wear” told me she wants my abs?  Stacy London wants something I have? Literally, I drove home a little in shock with my mouth hanging open. Meeting Stacy was so surreal. The next day I dressed like me; pink cowgirl boots, jeans, a hot-pink cold-shoulder top, and a white Leather Jacket and hot orange. I was just me and received a multitude of compliments that day. When the day ended we were presented with the art-work that everyone had created the night before at the social. It was a collaboration of sorts, participants had placed their intention for the week and artist Nick Onken had painted his creation over them.  I had not been there to create the artwork because I was working, so normally I would not have felt I should get a picture in front of it. I was on my way to the book signing, when I realized my outfit matched the freaking painting. How could I not get a picture with it? Hot pink, white, orange – it was a sign. Stand out, be you, whether it’s pink cowgirl boots, a loud laugh, or a warm smile.

What to wear is self-esteem and confidence it’s always your best accessory.

I still don’t know “what not to wear” but I can’t wait to dive into Stacy’s book “The Truth About Style” to find out. The guest that took away all excuses was Kyle Maynard. Kyle was an incredible inspiration with all he has accomplished in life despite what we would normally consider huge limitations. He is a congenital amputee. Kyle is an award winning mixed martial arts athlete, an author, a speaker, and he climbed Mt Kilimanjaro. Kyle proved he was limitless. The one thing Kyle said that really stuck with me is “Many people have disabilities you can’t even see, but mine are visible so it gives me an advantage.” This is perhaps the most powerful, positive mindset I’ve seen. We could all take notes from Kyle’s sheer determination and undying spirit. I guess it’s only appropriate that his book is entitled “No Excuses” The Summit weekend ended with a huge dance party at Columbus Commons, DJ Irie, Pitbull’s DJ was there to get the party started. Everything during the Summit of Greatness was off the charts. After an incredible experience at the summit I truly believed Lewis when he said the after party would be incredible.  So with a little negotiation, I talked my husband into going with me and we had a great time. So great in fact we were a little tired the next day and we laid down on the floor of my ChickFit studio. We were a little tired after dancing all night with 20 somethings year-olds. We could sit around any Saturday night but we wouldn’t always have the opportunity to dance with DJ Irie, Ryan Blair, Lewis Howes, and a house full of “Greats”… As we walked away I heard “Don’t Stop Believing” again playing in the background and I won’t stop believing.

Here are some truth nuggets bombs I got from the weekend.

“It doesn’t matter if you limp a mile a minute forward is forward.” Matthew Hussey

“Don’t focus on the score, focus on your contribution. “Ryan Blair

“Don’t wait to be yourself you have something to give now.” Danielle LaPorte

and my new catch all phrase is “Suck it up Cupcake.” Matthew Hussey 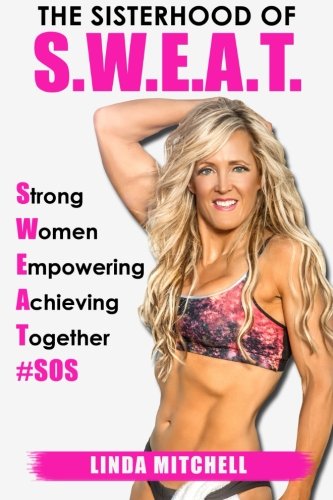